The international context could not be more interesting to celebrate the 60th anniversary of the independence of the Democratic Republic of the Congo than it is today. While police violence against blacks in the United States is leading to waves of outrage around the world, anti-colonial and anti-racist movements in Europe are putting some of the open wounds of the colonial past at the centre of public debate again. Crowds in England are debunking the statutes of former slave traders, streets bearing the names of former settlers are renamed in France, the statutes of King Leopold II are vandalised and some removed in Belgium.

Sixty years after the formal end of colonialism, more than ever before are populations from former colonising powers asking for the colonial history to be rewritten and a genuine debate on the colonial legacies and memories to be initiated. Associations campaigning to keep the colonial memory alive and acting against racism argue that the ‘old powers’ still have a long way to go in decolonising the collective imaginations, public space, school programmes and development cooperation etc. With the decolonisation of people’s minds, as some argue, perhaps being the biggest challenge of all. Read More 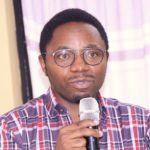 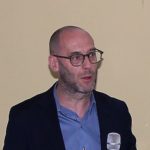